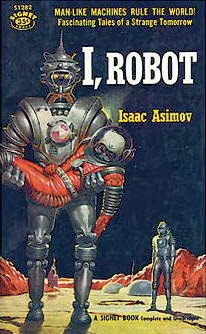 I'm pleased to announce that my flash fiction, 'Electric Hatsuyume' will be appearing in Penumbra in the April edition, a homage to Isaac Asimov. I grew up reading Asimov, so this is a real honour for me.

This story was first published in Kazka Press' At Year's End anthology. It's a story set in a future Japan. Traditionally Hatsuyume,the first dream of the New Year, is a harbinger of the year to come.

And my main character is a robot. So what do robots dream of?

(No, Not electronic sheep, this isn't a homage to Phlip K. Dick. But boy, I would love an anthology of Philip K. Dick inspired stories. Why is no one doing that?)

Penumbra has a new theme for each issue. They're always have such interesting calls. You can check them out here.
on February 21, 2014