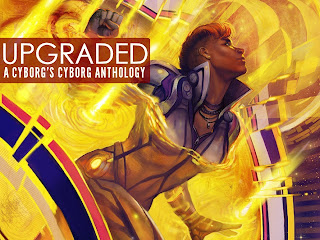 I've got a few kickstarters to share with you this week. I do hope you haven't seen them all. This one is from Neil Clarke, the editor of Clarkesworld.

This is a kickstarter for an anthology of short stories with a cyborg theme. Already Neil has a snagged stories from some great writer:

And there'll be an open call for for at least a quarter of the places in the anthology. Kickstarter is here.

The book is available in ebook format from
Amazon
Barnes&Noble
Smashwords
Kobo
and other online retailers.

Three kickstarters have caught my eye this month. Here the first one:

Coffee: Decaffeinated Tales of the Fantastic edited by Alex Shvartsman. Alex is looking for coffee and tea related stories. 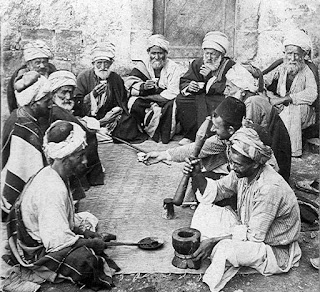 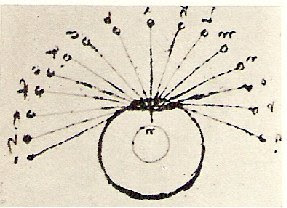 Once you've written a short story, you may want to get it published. You'll need to find venues: print and online magazines, anthologies and competitions.

Tip: Don't post your story on your blog. Most venues will consider the story to be published,  and you will only be able to sell the story as a reprint. A story posted on a password protected site (like a critique site) is not usually considered published.


How to find Story Markets

Online Databases and Lists of Story Markets
The Submission Grinder has an interface that allows you to search for venues. You specify genre, payment level and other criteria. You can also track your submissions on the site and see what responses other writers have received. Ralan is a also a good list for science fiction, fantasy, horror and humour venues.(Duotrope is also a submissions site, but since 2013, this site charges fees.)

Publisher's and Editor's websites
The magazine listed on submission sites may receive a lot of submissions. Read publishers' websites, like  Prime Books, to find upcoming anthologies that might not appear on these online submission sites. Find the anthology editor's blog and see if they're issuing an open call (open to everyone). Follow editors through social media to find out about semi-public call.


Writer's Bibliographies
Find interesting venues by reading a writer's bibliography. Often time I'll come across a market I haven't seen before. If the market isn't familiar to you, google it to find out more.


Let the Editor Come to You
Make sure that its easy for an editor to contact you. Editors read writers' blogs and may want to invite you to an anthology or request a reprint from you.

It's Not What you Know; It's Who you Know
Many of my writing friends believe that networking is very important. Being sociable, attending conferences and events can lead to you hearing about closed invitation-only anthologies and other opportunities.


I enjoyed this interview extract over at Inkpunks, talking to some high profile short story editors. I found it very encouraging.

Check out what John Joseph Adams, Ellen Datlow, James Patrick Kelly, Mike Resnick, Stanley Schmidt, and Gordon Van Gelder have to say about the state of submissions.
on June 13, 2013 9 comments:

Still Not Reached My One Million 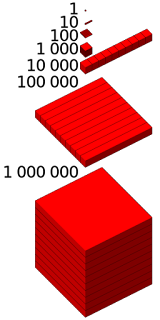 Just done a bit of totting up. I've written 875 thousand words in the last five years. Virtually all in short stories. Sadly, I'm not getting any faster. I've been 200 thousand words a year since year one.


But I'm feeling quite pleased. What about you? Do you keep a record. When I reach my first million I am expecting big things.

I am pleased to announce that 'The Twins Shine Over Emperor's World' has been published in the rpg online game world of Dark Expanse.

This story was a lot of fun to write, as the back story was the Saurian race evolved from a species very much like our Earth evolved dinosaurs. And I decided to do a story about space pirates. Yes. Space pirate dinosaurs.

As usual, with my aliens, I looked for Earth bound inspiration. There's nothing as strange as has already evolved.

Throw in some pirate skulduggery, and a few plot twist and turns. I hope you enjoy.

New Poem up at Mirror Dance

My poem 'Trouble in Golem Town' has just been published in Mirror Dance. This has reminded my that I haven't done any poetry either writing or subbing for ages. Shame on me. 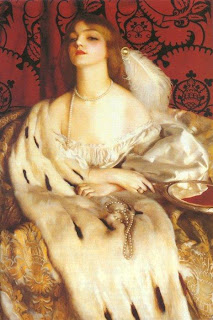 Double shame because writing poetry feeds into my short stories. Writing poetry exercises certain muscles in the noggin that I don't exercise when writing prose. Also, several of my stories started life as a poem and I know that this is the case for other writers and poets too.  So poetry = good.