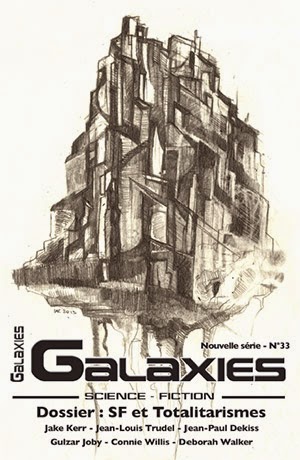 Check me out, hobnobbing with some fine French and international writers. If you'd like to read 'Glass Future' in English you can see it find it on the Nature Futures website.

How Far Would You Go To Complete Your Collection?

'Good for Something' has been published in my favorite venue: Nature Futures.  You can read it here. Nature are also publishing guest blogs from the authors. I always love these. I wish more venues did them. You can read my story behind the story here.

Twice Upon a Time Anthology 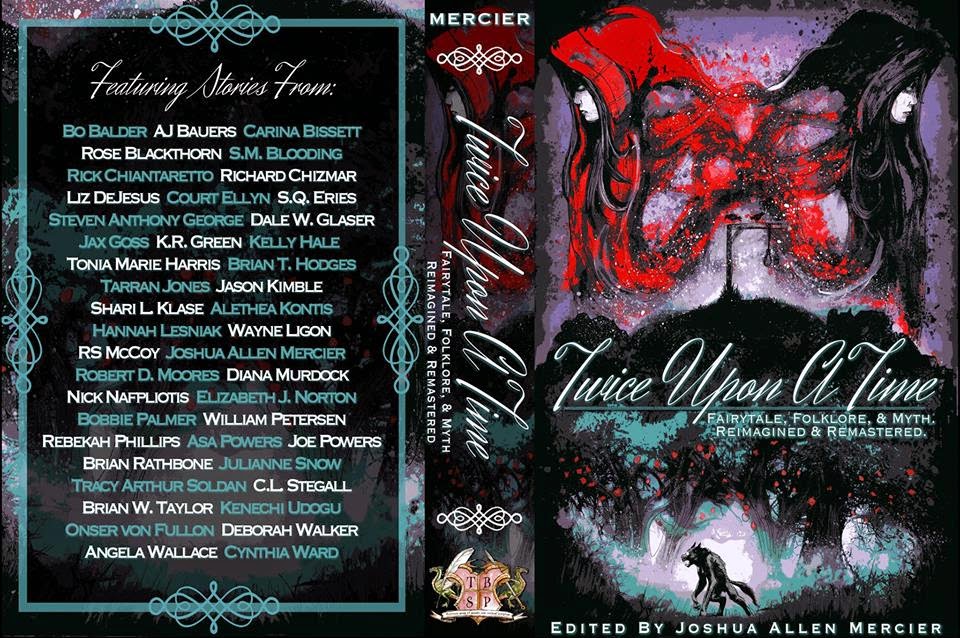 I'm pleased to see my reprint story 'Traveler' ( a retelling of Jonah and the Whale) appearing in the Twice Upon a Time anthology.

Fairytales don’t always happen once upon a time. Fables don’t always have a happy ending. Sometimes the stories we love are too dark for nightmares. What if waking Sleeping Beauty was the worse thing the Prince could have done? What if Rapunzel wasn't in that tower for her own protection—but for everyone else’s? Assembled by The Bearded Scribe Press, Twice Upon A Time combines classics and modern lore in peculiar and spectacular ways. From Rapunzel to Rumpelstiltskin, this unique collection showcases childhood favorites unlike anything you’ve ever seen. Both traditionally-published and independent authors will take you on a whirlwind ride through fairytale and folklore, myth and majick. Cherished stories are revisited and remastered into newly-treasured tales of hope and heartache, of adversity and adventure.
on February 14, 2015 8 comments:

Sometimes the Voices Are Right

Today I welcome writer and editor Vicky Pointing onto my blog with some wise words on writer feedback.


Sometimes the Voices are Right

I'm currently studying for a master's degree in Creative Writing. It may sound daft, but I've found that one of the most difficult things about the course is the amount of feedback you get, or rather, the number of people who offer you completely contradictory opinions on your work. It’s enough to make you chuck your laptop out of a window.
I’ve seen people crumble under the weight of their own indecision when one tutor tells them that a certain bit of writing is fantastic and another tells them to delete it and start again. With much tugging of hair and gnashing of teeth they wail: “But what should I do? Who’s right?” And the answer is – you, the author, are right. When it comes to your own work, you have to learn to go with your instincts. That doesn’t mean sticking your fingers in your ears and refusing to listen to any of the advice that you’re offered. It just means learning to pay attention to the wise inner author voice (you do have one, honestly) that says: “actually, I don’t think that’s going to work”.
Now, just a note on recognising your wise inner author voice. This should not be confused with your unkind inner critic, your sulky inner toddler, or any other dubious inner voices, especially if they suggest something that could land you on Crimewatch. I reckon that the best way to get to know your wise inner author voice is to write as much as you can, and also to experiment.
By experiment I mean follow the suggestions that people make; try deleting that scene or re-writing that character and see what you think of the result. Save all the different versions of your work so that you can compare them. Reflect on the feedback that’s been most helpful. You’ll soon get a feel for whether the criticism you’re being offered rings true or not – and just because you know it’s right, that doesn’t mean you’re going to like it, especially if it means masses of editing.
If you get to know your inner author you’ll become less precious about your work – which is definitely a good thing – and more confident about your own opinions of what you write. You’ll also start to see the problem areas in your work before anyone else has to point them out. This is definitely starting to happen for me, although I’ve got a long way to go yet.
I’m just happy to be gnashing my teeth far less often… 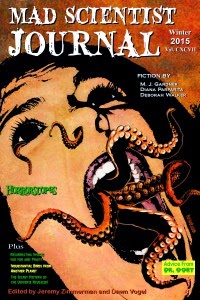 I'm pleased to announce that my reprint story 'First Foot' has been published in Mad Scientist Journal.  I'm loving that cover candy.

Today I welcome writer Ian Rose onto my blog. Ian's writing has appeared in Daily Science Fiction, Plasma Frequency and other venues. Ian's also the founder of QuarterReads, a site that offers readers the chance to buy a story for a twenty five cents. Ian talks about the Ray Bradbury Reading Diet. I've always admired a person who can stick to a diet. Little by little you can get the job done.