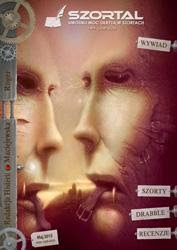 Non Polish readers you might like to read the English version at here The Sockdolager.
on May 27, 2015 No comments: 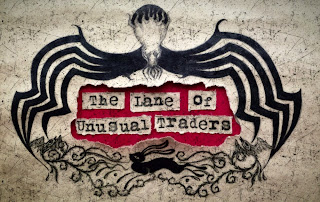 My flash story 'The Last of the Beetle Wing' has been selected to appear in the next phase of the shared world project The Lane of Unusual Traders.

Here's one I did earlier: Venom.

The submission call is still open for longer stories. Here are the guidelines.

Can a Film Ever Be Better than the Book? 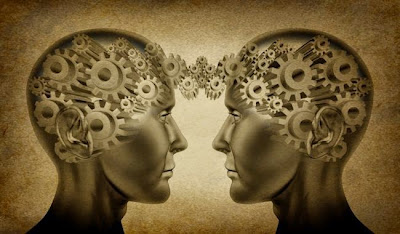 This week's SF Signal Mind Meld ask if a film can ever be better than the book. 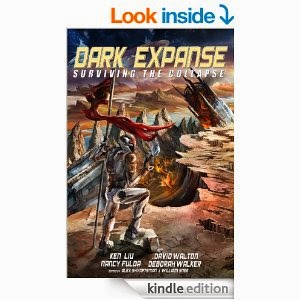 You don't have to be smart to be a soldier in the Thoknar Protectorate. But if you find something strange in the scorpial infested badlands, you'd be wise not to think about it too much.
My space opera story 'They Cannot Scare Me With their Empty Spaces' alongside other Dark Expanse stories is free this week. 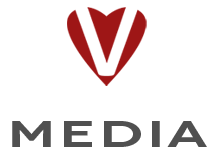 I'm pleased to announce a lightening fast acceptance for 'Siby' from Evil Girlfriend Media shorts. And here's one we made earlier, 'Aunty Merkel' goes evil, too.

There's also some interesting advice from editor Jennifer Brozeck about the stories she's looking for. How refreshing to see an editors looking for zombie stories.
on May 10, 2015 1 comment:

Today I celebrate the publication of Milo's novel. I've been following Captain Quasar's adventures for a few years, now. If you like your SF big and bold, give Quasar a try.

Every Day Novels is proud to announce the release of Milo James Fowler's first serialized novel: 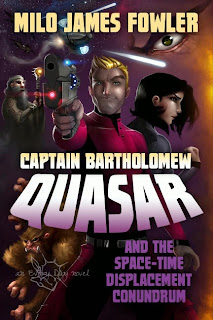 Captain Quasar is out of time.

Pursued by vengeful Goobalob toll collectors, savage Arachnoid bounty hunters, and formidable Amazonians, Captain Bartholomew Quasar must do whatever he can to keep the crew of the Effervescent Magnitude out of harm's way. All in a day's work—except time is not on his side.
Torn from the present to relive his past, he vows to keep mistakes from occurring the second time around. But is he doomed to repeat history? Or can he erase his regrets?
Villains will be vanquished. Lives will be lost. Bonds will be betrayed. Heroes will be heroic.
Join the crew of the Effervescent Magnitude for a hilarious time-travel space adventure the likes of which you've never seen!

Jaw muscle twitching at untimed intervals, Captain Bartholomew Quasar gripped the armrests of his deluxe-model captain's chair and narrowed his heroic gaze. The main viewscreen on the bridge of the Effervescent Magnitude radiated with white-hot streaks blurring in elongated trajectories as his star cruiser plunged into the depths of space at something near the speed of light.
Quasar could feel the tension in the air. It was palpable and tasted like sweat—mostly his own. The members of his bridge crew remained silent, standing at their stations and staring at the viewscreen. Many forgot to blink as their insides trembled, recoiling with a nameless fear.
They had never moved so fast in their lives.
This was the Magnitude's maiden voyage into deep space utilizing the recently installed cold fusion near-lightspeed reactor—an experimental propulsion system they'd picked up on the planet Carpethria. One thing was readily apparent: it worked. But how long could the ship could maintain this incredible velocity without compromising hull integrity?
Already, the ship was creaking and groaning in protest, and the helmsman—a very hairy, four-armed Carpethrian who resembled something between a sloth and an overweight orangutan—had begun to grumble that the reactor really should have been tested before this full-speed leap into the black.
But there had been no other choice. Their options at the time were either flight (and survival) or fight (and undoubtedly be destroyed). Vicious Arachnoid bounty hunters were on their tail, and Arachnoids tended to be a very hungry lot—often foregoing payment for their illicit services in favor of a fresh kill.
The Magnitude's first officer, Commander Selene Wan, wasn't keen on the idea of allowing a Carpethrian to man the helm of their freshly minted star cruiser. But no one else on board knew how to navigate at near-lightspeed, and it took all four of the alien's hands to do the job—something two humans would have had to coordinate in tandem. And that could have gotten awkward.
"Steady as she goes." Quasar smoothed down his close-cropped blond hair and cringed as the ship released a moan that didn't sound good at all—something akin to a whale giving birth. "How are we doing, Hank?"
"Haven't run into anything yet," grunted the very hairy helmsman, hands flying across the controls.
"Status report?" Quasar half-turned to regard his first officer with a confidently raised eyebrow.
Commander Wan, a tall, slim Eurasian with impeccable posture, kept her attention riveted on her console. "Proximity scanners are offline." She swayed on her feet with the rocking movements of the ship, her sleek black hair swinging across her shoulders. "Artificial gravity is holding. Life support remains functional." A sudden frown creased her usually furrow-free forehead. "But the reactor, sir… We may have a serious problem."
"Elaborate."
"It's overheating, Captain. If we don't decelerate, it may—" She swallowed. "Explode."
That wouldn't be good at all. The folks back home were depending on Captain Quasar and company to bring back loads of quartz necessary for virtually every form of technology and transportation on Earth, not to mention haute vintage time pieces. The Magnitude could not possibly be allowed to blow up.
"Hank?" Quasar faced the shaggy helmsman. "Could we possibly slow down a bit?"
The Carpethrian grunted something intelligible, followed by, "Commencing deceleration sequence."
"Very good." The captain nodded, glancing over his shoulder at his first officer. Everything was under control. "Status?"
She shook her head without a word. Quasar checked the console on his armrest. The Arachnoid ship was nowhere in sight, and the Magnitude had begun to slow down, but only by an infinitesimal fraction of its near-lightspeed velocity.
"Uh-Hank? About that deceleration sequence…" Quasar cleared his throat.
"It will take thirty minutes, Captain. Any sudden downshift in speed would tear the ship apart."
Quasar maintained a brave façade for the sake of his crew. Such was expected from starship captains, after all. Clenching his jaw, he leaned toward Wan and whispered, "Do we have thirty minutes?"
She met his gaze, and he didn't like what he saw in her eyes—something she hadn't shown before when they'd dealt with the horrible Goobalobs or the savage Arachnoids:
Terror.

Get to know the man behind the book:

1. When did you start seriously pursuing writing as a career?
I've been writing since I was 12, but I started submitting my work for publication in the summer of 2009. I'd always thought I would pursue publication at some point—probably after I retired from teaching or turned 40. My first story was published in January 2010, and I've had over a hundred others accepted for publication since then. I won't turn 40 for another year, and I'm still teaching full-time. Doesn't look like I'll be retiring anytime soon!
2. How did you create the character Bartholomew Quasar?
When I came up with Captain Bartholomew Quasar back in the spring of 2010, I was going for a mash-up between William Shatner's James T. Kirk and Dudley Do-Right from the Rocky and Bullwinkle Show (but in Quasar's case, things seldom ever go right). He's one of those classic pulp heroes with a heart of gold whose narcissistic tendencies often land him in hot water. I hope readers can laugh at Bartholomew Quasar and root for him at the same time. He's ridiculous, but there's something about his fallible nature that most of us can relate to on some level.
3. Are you working on more Captain Quasar stories?
I've written over 20 Captain Quasar tales so far, many of which are out on the submission circuit, looking for good homes. "Captain Quasar and the Ghosts of Space Command" will be published in the next issue of Perihelion Science Fiction. "Captain Quasar and the Carpethrian Call of the Wild" will be included in the B is for Broken anthology, and "Captain Quasar and the Devious Powers of Persuasion" will be in the Geminid Press space opera anthology. I'm in the middle of edits on a novella-length adventure I plan to submit for publication soon. My collection of 15 Quasar tales Starfaring Adentures…in SPACE is available everywhere eBooks are sold—and free for the taking, last time I checked.

Milo James Fowler is a teacher by day, speculative fictioneer by night, and an active SFWA member. When he's not grading papers, he's imagining what the world might be like in a dozen alternate realities. In the past 5 years, his short fiction has appeared in more than 100 publications, including AE SciFi, Cosmos, Daily Science Fiction, Nature, Shimmer, and the Wastelands 2 anthology.


Visit www.milojamesfowler.com and join The Crew for updates about new releases.
on May 07, 2015 2 comments: