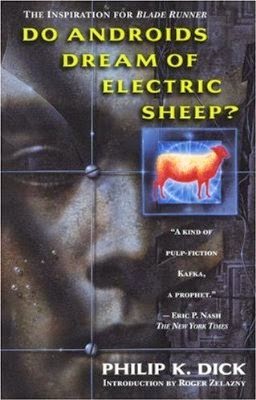 I'm in SF Signal's Mind Meld today, along with other writers talking about which SF stories and novels got it right or wrong.

I chose 'Do Androids Dream of Electric Sheep' by Philip K. Dick which was published in 1968, and is set in 1992. How the future does fly.

This free to enter competition for fantasy short stories is now open. I'll have to see what I've got for them.
on January 12, 2015 2 comments:

Today I welcome writer and editor Alex Shvartsman onto my blog. I admire Alex's range, not only does he delight in producing funny short stories, but he's also able to write stories that tug the heart strings. He's edited many anthologies, including the critically acclaimed Unidentified Funny Objects series.

Unidentified Funny Objects 4 will be opening to submissions early this year. If you want to get a head's up, you might like to consider Alex's tips on writing funny. 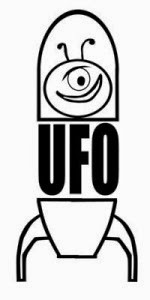 I’ve been thinking about humor writing a lot. Not only do I write (or attempt to write) funny science fiction stories, but I am also in my second year of reading submissions for the Unidentified Funny Objects, the speculative humor anthology series.

The most common reason a story is rejected from UFO isn’t because it’s bad – many are perfectly serviceable or even excellent – but because the writer’s idea of what makes a story humorous rather than merely light-hearted doesn’t match that of this editor.  I’m of the opinion that a story with a funny line or two thrown in is just that – a story with a few funny lines. That doesn’t make it comedy. A true humor story has a whimsical quality to it that, much like Potter Stewart’s description of pornography, is difficult to define but is immediately recognizable as such when you begin to read it.
In my quest to make everyone write funny stories I would enjoy, I have identified five practical strategies to writing humor in a speculative story, which I am now going to share with you. It may not necessarily be good advice, but I’ll make up for that in volume.

One of the most common ways in which a humor story fails is a writer coming up with a funny or cute premise, and then proceeding to tell it straighter than a straight face being shaved by a straight razor while setting the record.

You can’t rely on the premise for all of your funny. Can’t let your characters be the comedians with humor confined to dialog, either. You have to let the narrative voice do much of the heavy lifting. Consider the opening paragraphs of the Hitchhiker’s Guide to the Galaxy:

“Far out in the uncharted backwaters of the unfashionable end of the Western Spiral arm of the Galaxy lies a small unregarded yellow sun.
Orbiting this at a distance of roughly ninety-eight million miles is an utterly insignificant little blue-green planet whose ape-descended life forms are so amazingly primitive that they still think digital watches are a pretty neat idea.”

In five measly lines, Adams does such a masterful job of establishing the irrelevance of humanity,

H.P. Lovecraft must be turning over in his grave with jealousy. Not only does this opening serve his plot later on (Spoiler: Things don’t turn out so well for the Earth), the writing is amusing, engaging, and humorous, immediately setting up the tone for the rest of the book.

Here’s another example:
“One of the few redeeming facets of instructors, I thought, is that occasionally they can be fooled. It was true when my mother taught me to read, it was true when my father tried to teach me to be a farmer, and it’s true now when I’m learning magik.”

Robert Asprin opens his inaugural volume of the Myth series – “Another Fine Myth” – with a bit of observational humor, just like Adams. Yet could their humor styles be any more different from each other?

One doesn’t necessarily have to open with an observation. Here’s an example from “Timber!” by Scott Almes – a short story from Unidentified Funny Objects volume 1:
“I realized I was in trouble when my realm-appointed lawyer showed up drunk and asked for spare coins. He made a valiant effort to defend me in the courtroom, but his lack of judicial knowledge, poor grasp of language, and mispronunciation of my name proved futile against the realm’s brilliant case. It didn’t help that the prosecutor was an exceptional medium. He used my incorporeal, perpetually disappointed mother as a character witness.
I was sentenced to death. The executioner immediately wheeled out a guillotine to a short round of applause.”

Almes jumps right into the plot, but his opening is clearly indicative of the sort of wacky you can expect from the rest of the story.
Whatever style or sub-genre of humor you’re shooting for, be sure that your narrative voice is unique, entertaining, and interesting.

2)      Comparison Joke is Your Best Friend
Comedy is hard, but some aspects of it are easier than others. Arguably there is nothing easier than a Comparison Joke. They are effective, and reasonably easy to come up with. Comparison joke can be a well-placed and unexpected metaphor, or simply comparing a thing to another thing for comedic effect. Here’s one of my favorite examples, source unknown:
Game of Thrones is a lot like Twitter: There are 140 characters and terrible things are constantly happening.
This joke is asking a lot of its audience. You must be familiar with both Game of Thrones and Twitter in order to appreciate it. But if you happen to be a part of that target audience, you might find this hilarious. You will nod sagely, recognizing that the Game of Thrones book and/or TV series has an unwieldy cast of characters and something terribly unpleasant is happening to most of them at any given time. You won’t even stop to ponder whether terrible things are actually happening on Twitter. You won’t dissect it, chuckling at the comparison instead, because the joke works.

You can always spice up your description of absolutely anything with a comparison joke. Take care not to over-rely this tactic. Like everything else in life (with possible exceptions of coffee and chocolate), it is best used in moderation.

3)      Steal from Yourself
Many of my writer friends claim that they can’t write funny, yet they are incredibly witty when you talk to them in person or on social media. If you say something that’s an instant hit with your friends, why not write it down and save it for later?

I was chatting with some writers recently, and one of them said that he could use some advice on a certain subject. My immediate response?

“We can do advice. It might not be good, but we make up for it in volume.”

I was not trying to write a story, nor was pretending to be a humor-writing guru in a blog post, at that time. But the joke went over well, and so I saved it for later use. You may recognize it from the third paragraph of this article.

4)      The Secret to Humor is Surprise
Most humor relies on surprise, one way or another. It can be an unexpected comparison like those discussed above, a humorous observation (if the store is open 24/7, 365 days a year, why are there locks on the doors?), play on words (A bus station is where a bus stops. A train station is where a train stops. On my desk, I have a work station), or a misleading setup (I want to die peacefully in my sleep, like my grandfather. Not screaming and yelling, like the passengers in his car).

As a rule of thumb, if you can make the readers complete the sentence in their head before they finish reading it, and then pull the carpet from under them, you've got a good joke.
To do that, you can subvert a popular saying:

“I’m so hungry, I could ride a horse,” deadpans Chris on an episode of Family Guy.

“Don’t judge a book by its movie,” proclaims a t-shirt popular with many a writer.

5)      Humor is Subjective
No matter how hard you try, you can’t make everyone laugh. Humor is extremely subjective. What’s funny to me may fall flat to you, and vice versa. Fortunately, for fiction writers there is a workaround:

Make sure that your story works regardless of whether the reader finds it funny or not.
Some stories are so reliant on a joke that they utterly fail if the reader doesn't laugh. These are more often than not very short stories that do nothing but set up a pun or a twist at the end which, the writer hopes, will be funny. This is stunt writing, and should be avoided in most cases.


Write a story with an interesting plot, engaging characters, and great pacing. This way, if the reader finds it to be funny, it’s a huge bonus. But if they don’t, there is still a good chance they will enjoy the story overall.

Alex's new collection of short stories Explaining Cthulu to Grandma and Other Stories  is available for preorder on Amazon.

You may also like to read Alex's touching flash fiction which is free to read on QuarterReads for one week only. (10th January 2015) 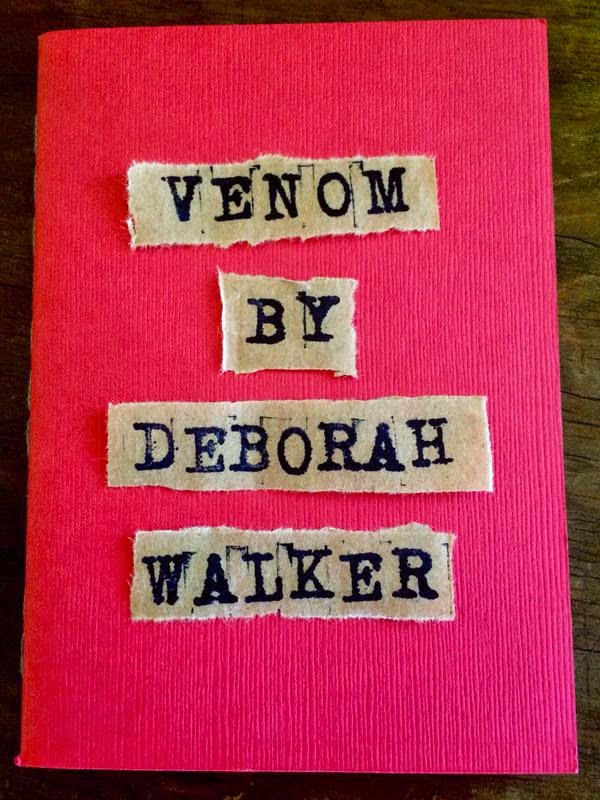 I know! What am I like? 179 sales in a year. Wow. And when I say sales, I mean anything that could be rejected by an editor, so there's a few non-paying ones in there, but generally I only sub to paying venues.


Sold
169 stories and poems and bits and pieces. Counting everything (about half are reprints.)
20 at professional paying level (using the debs standard 5/6 cpw for originals 3+ cpw for reprints)
Including a commissioned novel

That smashes my old record. Pretty much thanks to Codex submission challenge which helped me double my submission record. That's the take home message, if you want to sell more, you should submit more (Mileage will vary)

Submissions
Not at clue. Must be a lot.


Cool Stuff
Got translated into Chinese and won the SFComet monthly contest
Translated into four new languages
Had a blast at LonCon
Had a story published inside a cracker
A reader cosplaying one of my characters
Wrote a script for a story to be performed at the Airship Ball
Won one twentieth of a Bram Stroker
Got nominated for my first award on my tod (Pushcart)
Got into Wattpad which is great for meeting readers and writers.
Being tuckerised by Lucy N. Snyder.
on January 04, 2015 8 comments: