Today I'm delighted to be taking part in the cover reveal for my writing friend, Simon Kewin. December House have done a wonderful job with the cover. 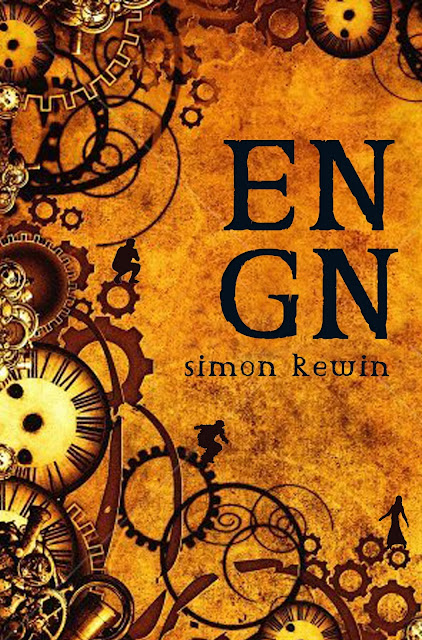 Finn's childhood in the valley is idyllic, but across the plains lies a threat.

Engn is an ever-growing steam-powered fortress, that needs a never ending supply of workers. Generation after generation have been taken away, escorted into its depths by the mysterious and terrifying Ironclads, never to return.

The Masters of Engn first take Finn's sister, then his best friend, Connor. He thinks he, at least, is safe - until the day the ironclads come to haul him away too.

Yet all is not lost, Finn has a plan. In the peace of the valley he and Connor made a pact. A promise to join the mythical Wreckers and end Engn's tyranny from within.

But now on his own, lost and thwarted in the vastness of Engn, Finn begins to have doubts. Is Connor really working to destroy Engn?

Or has he become part of the machine?

There's also a mailing list for news on the book. No spam, just updates about the book.